We are proud to announce we are ISO Class 3 Rating 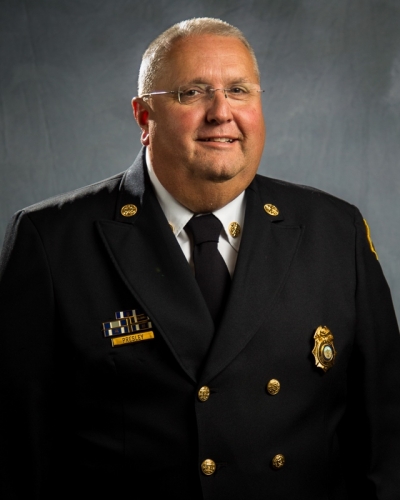 Chief Presley began his fire service career as a volunteer in 1978 with Skyland Fire and Rescue.  He became a paid firefighter in 1979.  During his career he has held a number of positions in the department.  Dennis was recognized by his peers in 1989 as Skyland's Firefighter of the Year.

In 1995, upon the request of the Board of Directors and the employees of Skyland Fire and Rescue, Dennis came back to Skyland on a full time basis as the Fire Chief.

Chief Presley is clearly respected in his community and in the fire service.  His priorities are God, family and profession.

As noted by one of the nominations he received for the Career Fire Chief of the Year in 2010 recommending Chief Presley for the honor,

"I have met many fire chiefs of differing natures, differing work ethics, differing motivation and leadership styles and differing personalities.  It is without a doubt that Chief Dennis Presley is at the top of all these when comparing individuals.  He is very good natured and treats people with respect and courtesy.  He is very motivated and motivates those around him to do the best job they possibly can with what they have available.  His ethics are unquestionable and those ethics transcend to his department members and those who come into contact with him.  His leadership style is one to envy by those who want to excel, motivate and lead a top-notch, first class organization.  However, I think what makes Chief Presley extra special is his devotion to the Lord and his family."

Chief Presley will remain on the department as a volunteer after August 20th.

Skyland Fire Department wishes Chief Presley all the best in his retirement and he will be missed.

Copyright © 2006-2020. YourFirstDue Inc. All Rights Reserved. Designated trademarks and brands are the property of their respective owners. Content on this web site is supplied by Skyland Fire & Rescue. YourFirstDue Inc. cannot be held responsible or liable for any content, text, pictures, or any other media found on this web site. Maintained by the members and staff of Skyland Fire & Rescue.
Management Login
Powered by